Oahu Is Where Visitors Come When They Want It All…

Aloha spirit and an Aloha Tower. A “Diamond” Head and a “Pearl” Harbor. A luau poi bowl and the NFL Pro Bowl. 5-star restaurants and a million-star skyline. Kitsch and Cartier. Big waves and “Tiny Bubbles.”  It’s all on Oahu, “The Gathering Place.”

Oahu is the third largest island in the Hawaiian chain.

The island of Oahu encompasses 597 square miles and is, by far, Hawaii’s most populated island. More than 950,000 people (75 % of the state’s total population) call Oahu home.

At the center of all the action is Waikiki on the South Side.

For most visitors, Waikiki, with its world-famous beach and stunning Diamond Head Crater, is the center of the action. Within its 1.5-square-mile boundaries is the glittering playground of the Pacific, where more than three-fourths of Hawaii’s seven million annual visitors come to relax and frolic. Although it has its share of tourist traps, Waikiki also has an expansive park, a popular hike, fabulous restaurants and nightlife, and even a large zoo and aquarium.

Honolulu is filled with Hawaii’s history including memorials at Pearl Harbor.

Still, many kamaaina (natives) will tell you that your Oahu adventure really begins once you venture outside Waikiki. Honolulu (“sheltered bay”), Hawaii’s capital and largest city, is where you’ll find the state’s principal port, a major airport, and business and financial center. From herbal remedies in Chinatown and historical artifacts at the Bishop Museum to paying homage to our war heroes at the U.S.S. Arizona Memorial, there is much to do and see in Honolulu.

Oahu’s rugged North Shore is famous for its winter surf that challenges the world’s best.

For a taste of Oahu at its rugged best, head to the North Shore, a 20-mile stretch of coastline from Kaena Point to Turtle Bay. Stroll through the funky town of Haleiwa and its colorful assortment of surf shops, boutiques, art galleries, and eateries. A favorite stop here is Matsumoto’s Shave Ice, a venerable landmark that serves the icy treat in a glorious rainbow of flavors. Each winter, the North Shore becomes the center of the surfing universe, with up to 25-foot waves challenging the sport’s best and bravest.

There’s plenty to discover on the East Side, including Oahu’s most popular snorkel spot.

Heading east, pristine Hanauma Bay remains one of the state’s most popular and widely photographed attractions. And just minutes away are other perennial favorites such as Sandy Beach, the Blow Hole and Sea Life Park.

There’s also great golf, tons of shopping and a full menu of festivals and top-notch entertainment. It’s all here, again, in “The Gathering Place.”

Things To Do on Oahu 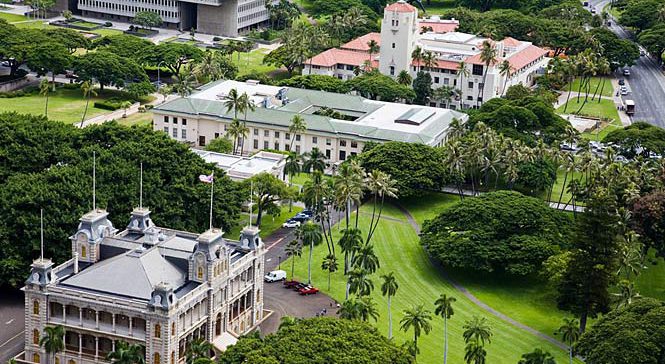 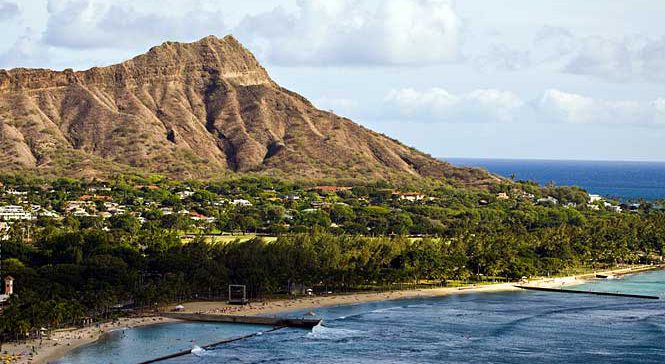 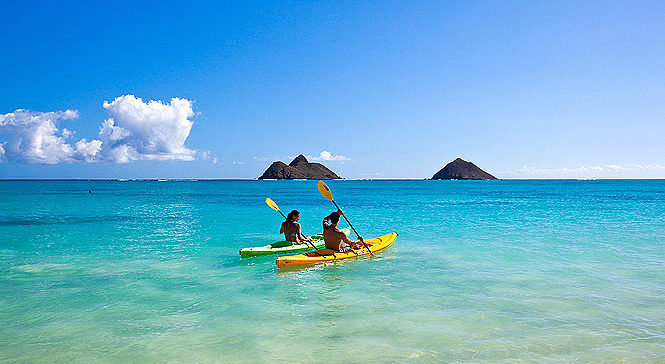 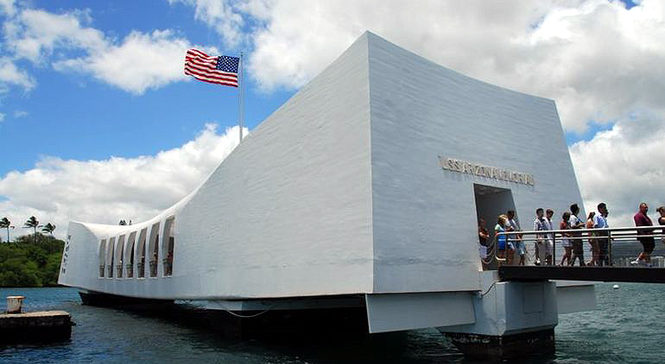 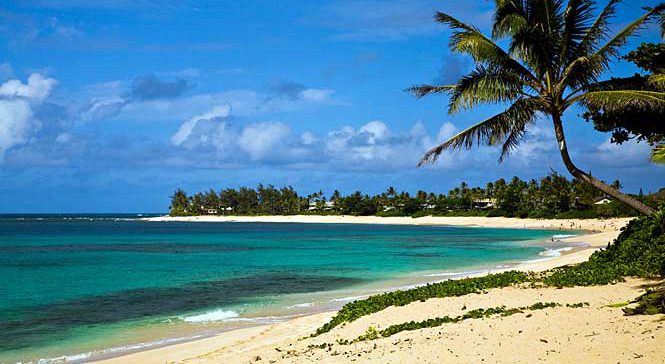 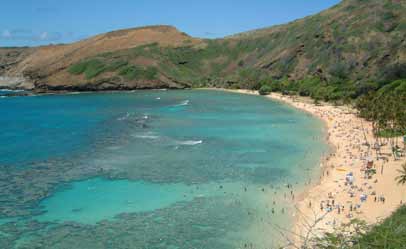 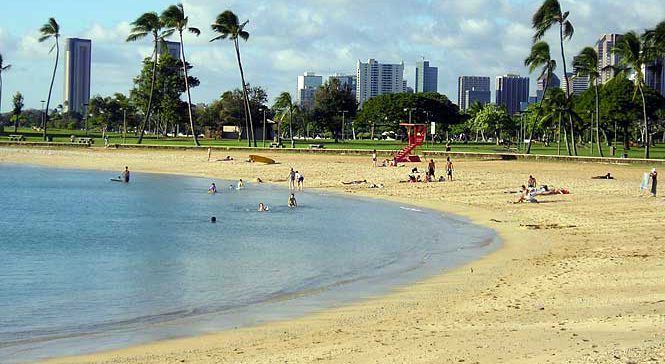 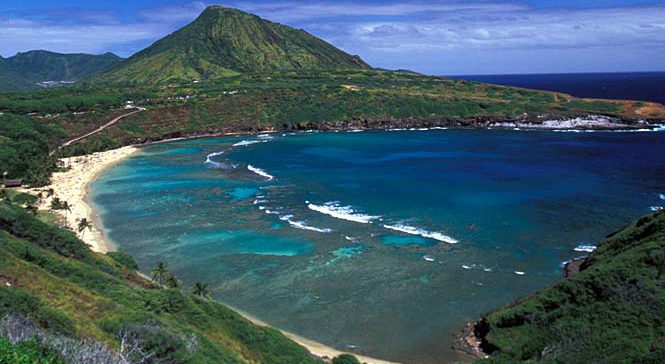 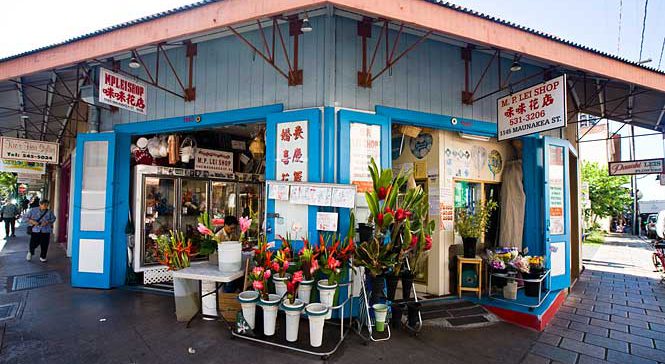 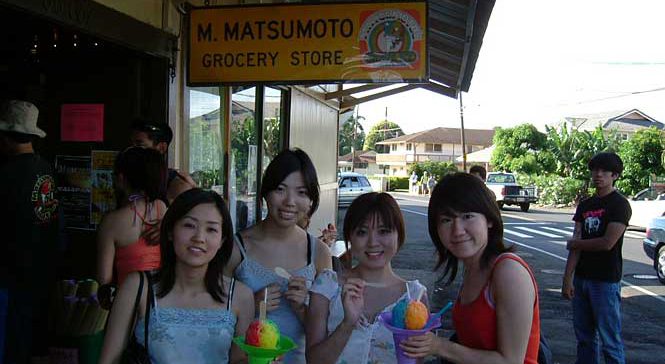 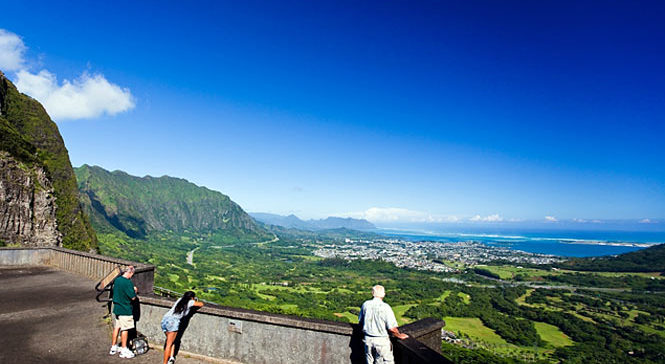 Places to Stay on Oahu 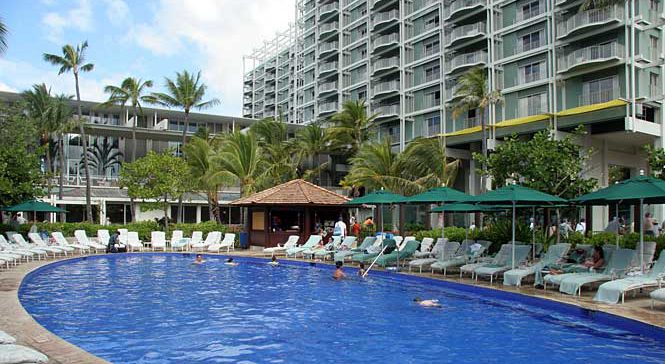